SSC CGL is an open competitive examination, conducted for the recruitment of personnel for Grade B and C categories posts in various Ministries, Departments, and Organizations. The Staff Selection Commission is an organization working under the Government of India, authorized to conduct these examin...(Read More)

SSC CGL is an open competitive examination, conducted for the recruitment of personnel for Grade B and C categories posts in various Ministries, Departments, and Organizations. The Staff Selection Commission is an organization working under the Government of India, authorized to conduct these examinations for various posts. Candidates are selected on the basis of their performance in the exams.

SSC CGL Admit Card 2022 is likely to be released in the first week of April 2022 for all zones.

SSC CGL Exam has four stages ; Tier I, Tier II, Tier III and Tier IV. The details of each Tier is as follows:

Tier I of the SSC CGL exam will be treated as qualifying in nature. The cumulative marks obtained by the candidates in Tier I and Tier II will determine the eligibility of the candidates for the Tier III and Tier IV exams.

Each year the Staff Selection Commission conducts its most respected examination commonly known as SSC graduation level examination or SSC CGL in the student community. This exam opens doors for various departments of Central Government such as Income Tax (CBDT), Excise and Customs (CBEC), Central Bureau of Investigation (CBI), Central Statistical Organization (CSO), Comptroller and Auditor General (Assistant Level Position). Is. CAG), under the Central Secretariat and Ministry of Government. This examination in India etc. provides a great opportunity for any graduate who is eager to make a career in the public sector.

Essential Qualifications: Bachelor’s Degree from a recognized University or Institute.

→ Statistical Investigator Grade-II: Bachelor’s Degree in any subject with Statistics as one of the subjects from a recognized University or Institute. The candidates must have studied Statistics as a subject in all the three years of the graduation course.

→ All other Posts: Bachelor’s Degree from a recognized University or equivalent. The candidates appearing in the final year of their graduation can also apply, however they must possess Essential qualification on or before 01-01-2021.

The requirement of age for various posts is as follows:

Permissible relaxation in upper age limit and category-codes for claiming age relaxation are as follows:

• Chest 81 cm (fully expanded with a minimum expansion of 5 cm.)

• Height relaxable by 5 cm in the case of Garwalis, Assamese, Gorkhas and members of Scheduled Tribes.

Physical standards for the Post of Sub-Inspector in Central Bureau of Investigation:

(B) Chest: 76 cm with expansion (There shall be no such requirement in case of female candidates

• Eye-sight (with or without glasses)

Physical standards for the Post of Sub-Inspector in National Investigation Agency:

(B) Chest: 76 cm with expansion (There shall be no such requirement in case of female candidates)

• Eye-sight (with or without glasses)

→ General Awareness: Questions in this component will be aimed at testing the candidates‟ general awareness of the environment around him and its application to society. Questions will also be designed to test knowledge of current events and of such matters of everyday observations and experience in their scientific aspect as may be expected of any educated person. The test will also include questions relating to India and its neighboring countries especially pertaining to History, Culture, Geography, Economic Scene, General Policy & Scientific Research.

→ English Comprehension: Candidates‟ ability to understand correct English, his/ her basic comprehension and writing ability, etc. would be tested.

Questions in this component will be designed to test the candidate‟s understanding and knowledge of the English Language and will be based on the spot the error, fill in 21 of the blanks, synonyms, antonyms, spelling/ detecting misspelled words, idioms & phrases, one-word substitution, improvement of sentences, active/ passive voice of verbs, conversion into direct/ indirect narration, shuffling of sentence parts, shuffling of sentences in a passage, cloze passage & comprehension passage.

Part A: Finance and Accounts-(80 marks):

Part B: Economics and Governance-(120 marks):

Basic Concept of Economics and introduction to Micro Economics: Definition, scope, and nature of Economics, Methods of economic study and Central problems of an economy and Production possibilities curve.

Theory of Production and cost: Meaning and Factors of production; Laws of production- Law of variable proportions and Laws of returns to scale.

Questions in Paper-I will be of Matriculation Level, Paper-II of 10+2 Level, and in Paper-III and Paper-IV of Graduation Level.

Computer Proficiency Test (CPT):  The Commission will hold Computer Proficiency Test (CPT), comprising of three modules: (i) Word Processing, (ii) Spread Sheet and (iii) Generation of Slides, for the posts of Assistant Section Officer in CSS, MEA & AFHQ, Assistant in Serious Fraud Investigation Office (SFIO) under the Ministry of Corporate Affairs, Assistant (GSI) in the Ministry of Mines, Inspector (Central Excise), Inspector (Preventive Officer) & Inspector (Examiner) in CBIC. The CPT will be conducted in the manner decided by the Commission for the purpose. No exemption from CPT is allowed for any category of PwD candidates. CPT will be of qualifying nature. Detailed instructions regarding CPT will be provided by the Regional/ Sub Regional Offices of the Commission to eligible candidates declared qualified for appearing in the CPT.

Minimum qualifying marks in Tier-I, each Paper of Tier-II and Tier-III Examination are as follows:

In the event of a tie in scores of candidates in Tier-I + Tier-II + Tier-III examinations, merit will be decided by applying the following criteria, one after another, till the tie is resolved:

• Alphabetical order in which the names of the candidates appear

Women candidates and candidates belonging to Scheduled Castes (SC), Scheduled Tribes (ST), Persons with Disability (PwD), and Ex-servicemen (ESM) eligible for reservation are exempted from payment of the fee.

Fee can be paid through BHIM UPI, Net Banking or by using Visa, Mastercard, Maestro, RuPay Credit or Debit card or in cash at SBI Branches by generating SBI Challan.

The applications must be submitted through online mode only. For detailed instructions on filling an online application form.

The process of filling online application for the examination consists of two parts:

I. One Time Registration

II. Filling of online Application for the Examination

1. Please read the instructions given in the Notice of Examination carefully before filling up the online 'Registration Form' and Application Form.

2. Before proceeding with One-Time Registration, keep the following information/ documents ready: a. Mobile Number (to be verified through OTP)

b. Email ID (to be verified through OTP).

c. Aadhaar Number. If the Aadhaar Number is not available, please give one of the following ID Numbers. (You will be required to show the original document at a later stage):

d. Information about the Board, Roll Number, and Year of Passing the Matriculation (10th) Examination.

e. Scanned color passport size photograph in JPEG format (20 KB to 50 KB). Image dimension of the photograph should be about 3.5 cm (width) x 4.5 cm (height). Applications with a blurred photographs will be rejected.

f. Scanned signature in JPEG format (10 to 20 KB). Image dimension of the signature should be about 4.0 cm (width) x 3.0 cm (height). Applications with blurred signatures will be rejected.

g. Disability Certificate Number, if you are a person with benchmark disability.

1. Login to the online system through your Registration Number and password.

Currently there are no reviews for this course. Be the first to leave a review. 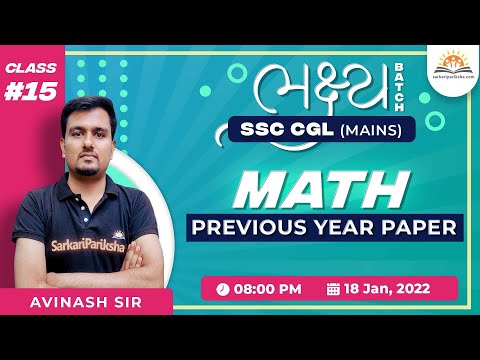 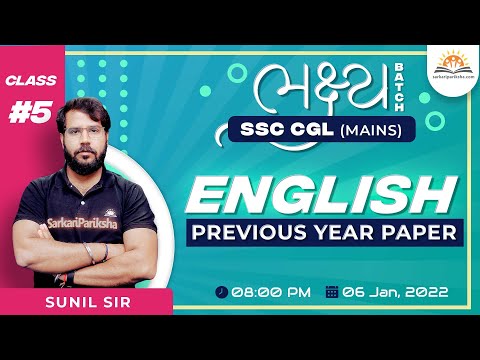 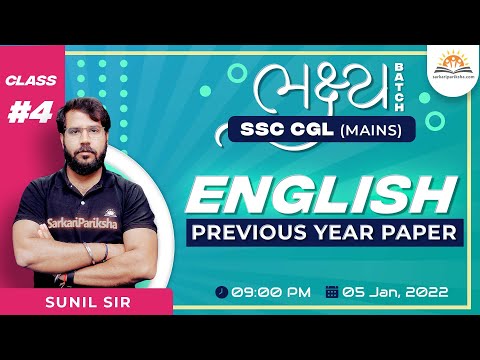 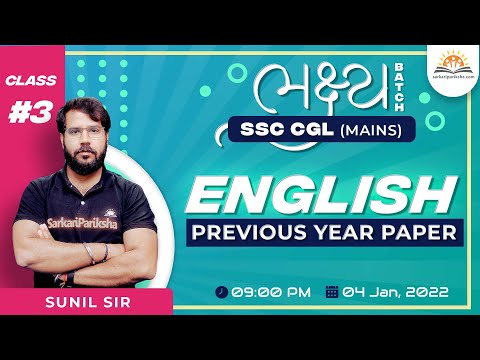 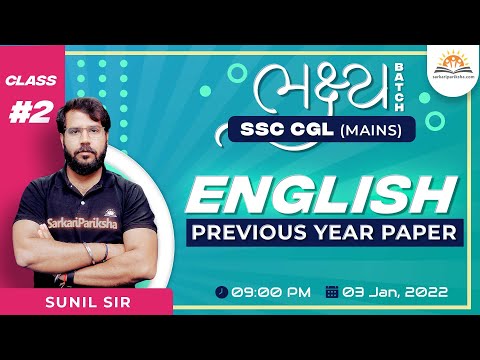 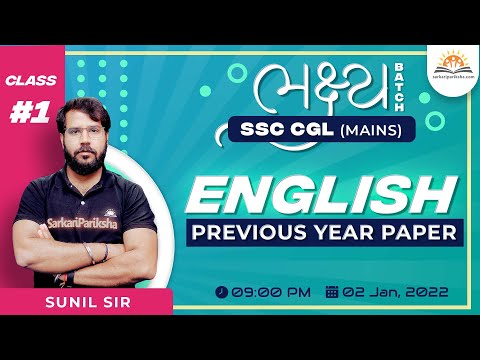 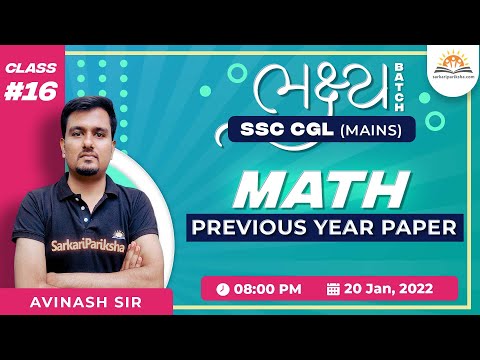 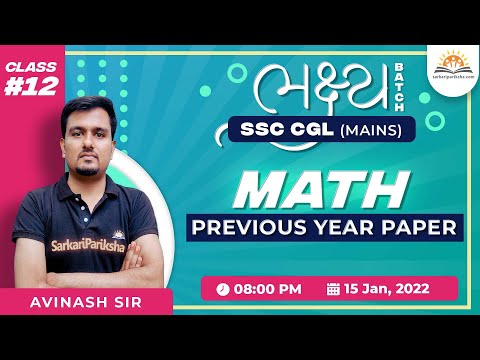 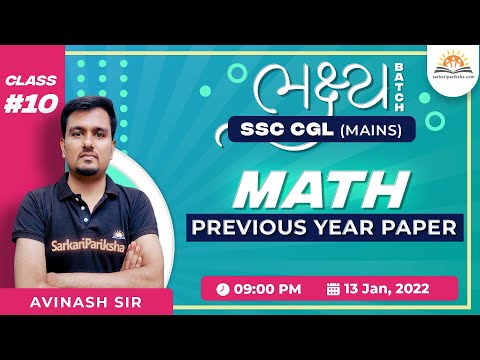 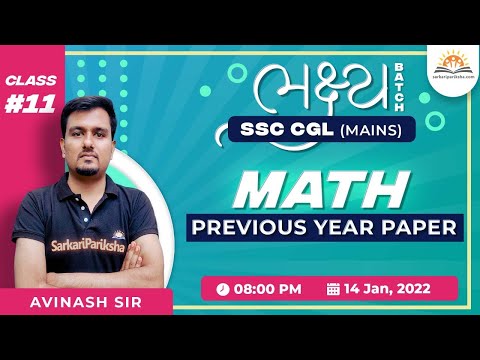 Direct and In- Direct Speech

Online Practice of mock tests gives you a good idea of the paper pattern, syllabus, time taken and analysis reports. At Sarkari Pariksha we provides you different number of online mock tests to practice for exam.

*Number of mock tests and subjects tests are depends on packages you purchase. Explore our plans from right side dropdown to get best package for you.

Different types of Sets available for this exams